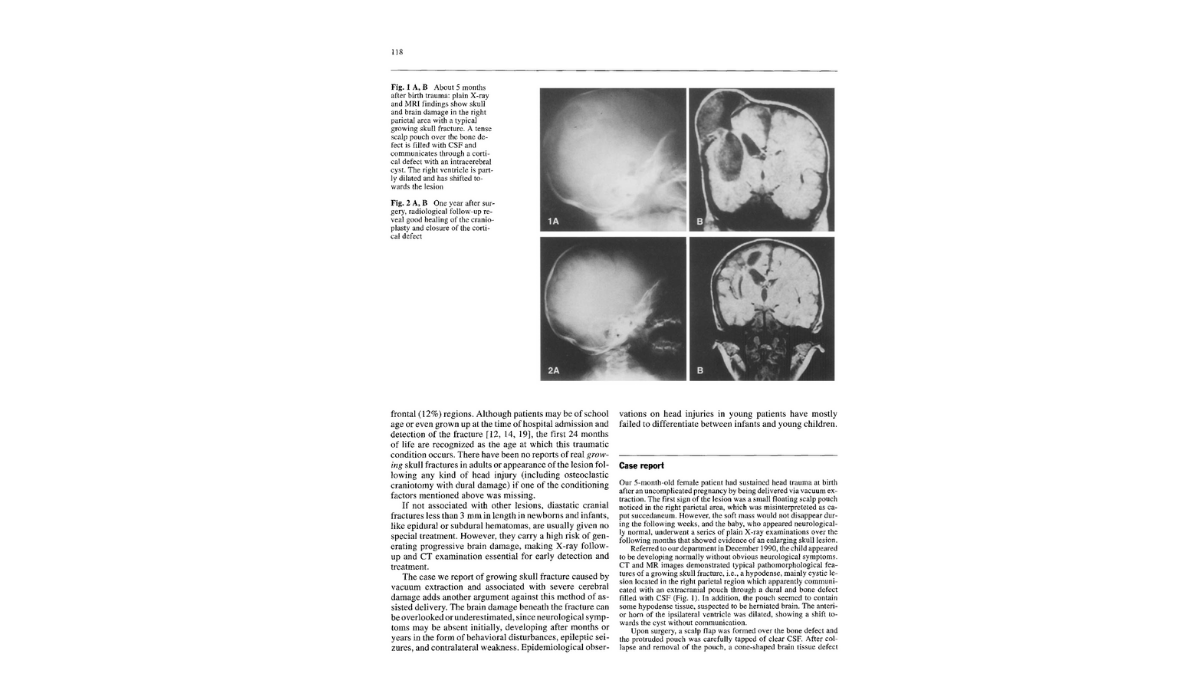 A case of growing skull fracture following birth trauma and caused by vacuum extraction is reported in order to emphasize the incidence of this peculiar head injury at the beginning of extrauterine life and to point out its relation to possible neuropsychological disturbances that may appear later in childhood.

Neurosurgical repair is advocated as the appropriate treatment, with the aim not only of cosmetically correcting the lesion’s typical subgaleal protuberance with cranioplasty, but also of performing a water-tight closure of the dura, ena- bling the cerebral cortex to « fill in » the intracerebral lesion.

The surgical technique and gross pathology of the lesion are described together with radiological findings before and after surgery. Reports by other authors are reviewed in an attempt to identify the conditioning factors and pathological features of this traumatic injury to skull and brain in neonates and infants.

The literature on cranial fractures associated with intracerebral lesions at this age shows a significant difference in recovery and outcome from that after similar lesions in older children.